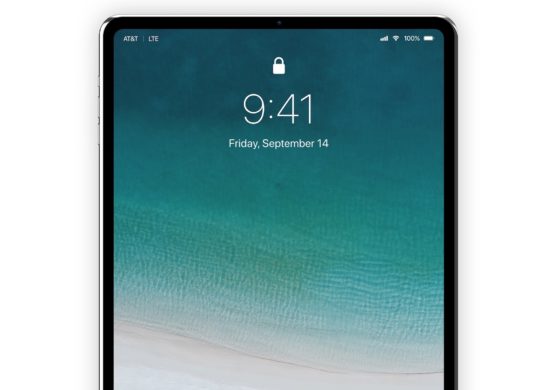 Jing Moreno 10/10/2018
9to5Mac, who revealed the inside information of the new iPad Pro to be featured with Face ID, Screen, and Magnetic Connector two days ago, updated the article today, adding details about the processor of the forthcoming high-end and flagship tablet.

According to the source, it is now clear that the 2018 iPad Pro will be powered by a brand new A12X processor that is even faster than the 2018 iPhone XS with the A12, which will absolutely become a monster. In addition, the chip will include a faster A12X GPU, with a Part Number of T8027, codenamed Vortex.

While we already saw a great performance results from A12 compared to last year's A11 Bionic chip; a roughly 40% improvements, it's hard to imagine what A12X will be like, however, one thing for sure is that next year's A13 to be based on the upcoming processor, but with couple changes inside because of Apple did on several previous of its custom CPUs.

While the main focus of the A12and A12X SoCs is the CPU and the GPU, which are the first chip that made by TSMC using the 7nm process. It's reported that Samsung also announced will start producing 7nm chips from next year, therefore, perhaps the Korean tech-giant would take some A13 orders from Apple, let's wait and see!