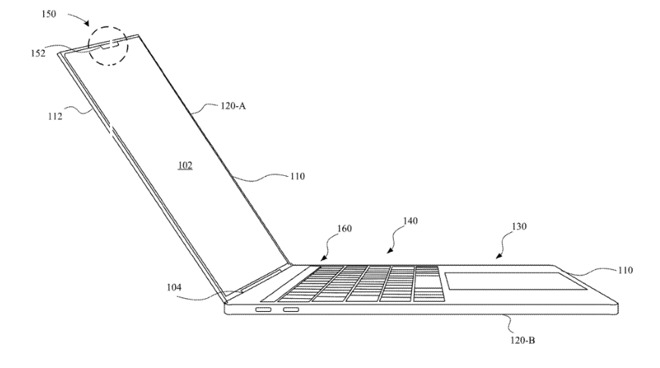 Jing Moreno 3/26/2020
Apple plans to introduce the iPhone's Face ID facial recognition system to its Mac lineup, including the MacBook and iMac, according to a recently published patent application document.

In the patent application document, Apple refers to the technology as the "Light Recognition Module," which is specifically used to recognize the user identity of the computer and involves implementing the Face ID facial recognition system to the MacBook.

The company also explicitly stressed how confidential information should be handled by users. Since a laptop have the power of allow people to use it to do some complicated work, certain privacy concerns may emerge.

Cupertino's approach is to equip those electronic devices (such as laptops and desktops) with the Light Recognition Module mentioned above, better known as the Face ID module. Apple specified that the Face ID module could be mounted adjacent to the display layer or above the display layer. For different applications, the separating layer can incorporate a Notch, square, oval, polygonal or curved design.

All in all, the report claimed that such a tech would be the first to launch on the MacBook Pro and will extend to other models in the future.
Face ID Mac News Patent
Author Bio