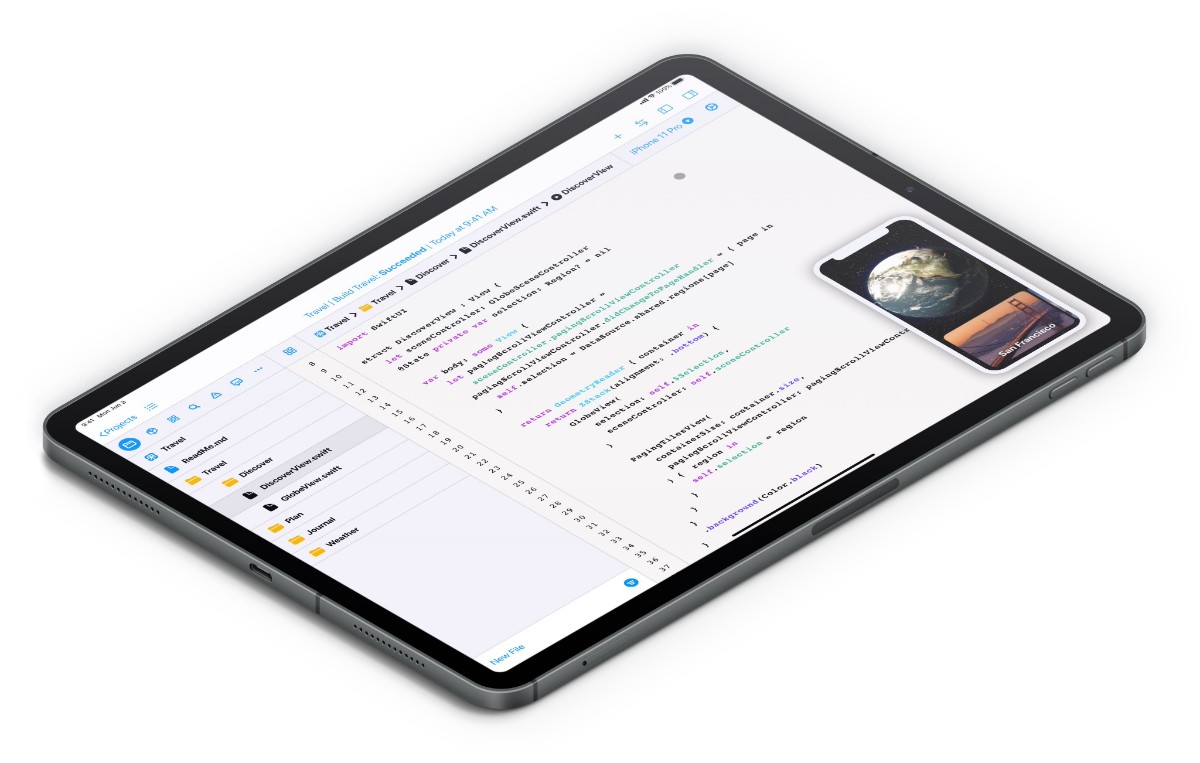 Apple Said To Develop A Xcode Version That Runs On iPads

Jing Moreno 4/21/2020
Apple may be developing a version of Xcode that can run on iOS 14 and iPadOS 14. makes it possible for developers to develop apps on mobile devices in the near future.

According to Jon Prosser in a tweet posted on Monday, Xcode "is present on iOS / iPadOS 14." Prosser claimed that he mentioned its presence in the live broadcast last week, and then continued to imply that its meaning is "huge" because it"opens the door for 'Pro' applications to come to ‌iPad‌."

Thus far, Apple has not allowed iPhone and iPad users to develop apps directly on the devices. Swift Playgrounds, which is an app developed by Apple for learning simple programming on the iPads, but still lacks many of the elements to doing app development.

Since iPadOS is becoming more and more sophisticated and offers support for computer features such as mouse and trackpad, it makes perfect sense for the iPad to have such a professional app.

Apple's plans for iOS 14 and iPadOS 14 will not be fully disclosed until the WWDC event in June, so we should expect to learn more about this upcoming change in less than two months.