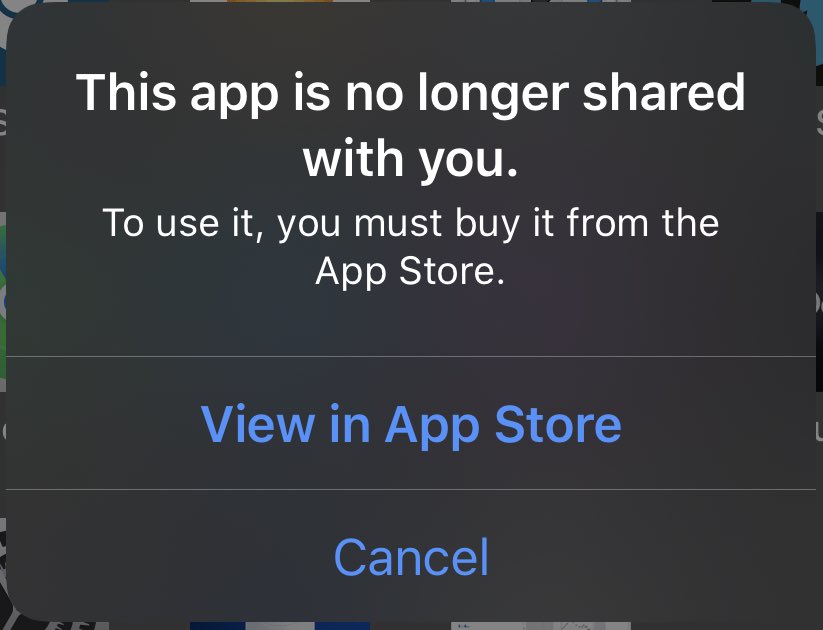 Jing Moreno 5/23/2020
There appears to be a bug on iOS 13 that may prevent some iOS users from opening apps. The affected iPhone and iPad users will see the message "This app is no longer shared with you" when they try to access the app. On social media platforms, like Twitter, multiple users have complained about the issue.


I think there is an issue related with App Store after 13.5 update. In my phone lots of random applications (also WhatsApp) give error when try to start. The msg is “ This app is no longer shared with you. Please try to solve ASAP...

Dozens of Twitter complaints indicate that the bug affects users running both iOS 13.4.1 and iOS 13.5. It is unclear what caused this issue because not everyone seems to be affected, however, some theorized that Family Sharing is to blame, a feature that allows family members to download and share purchased media, apps, and other digital content.

Users affected by this issue can already resolve the bug by deleting apps that are not working and reinstalling. Uninstalling the app in the Settings app instead of deleting it may also solve this issue.