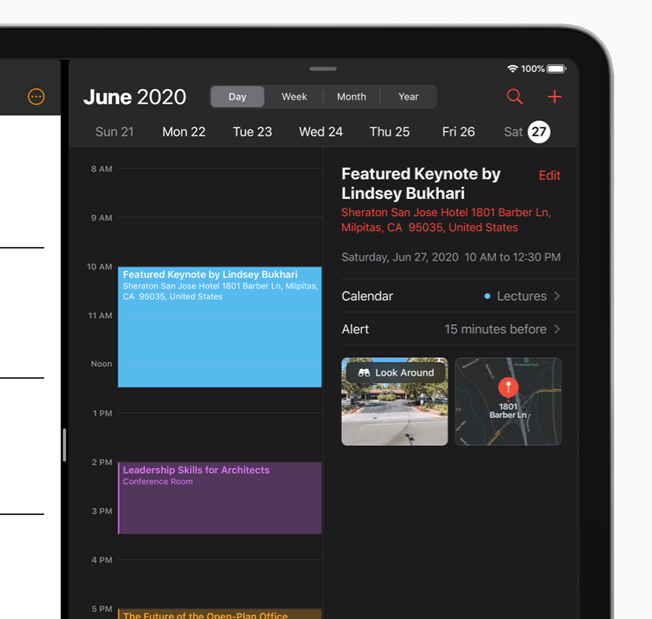 Jing Moreno 5/06/2020
Craig Federighi, the head of Apple's software engineering, recently had an interview with TechCrunch and discussed the iPad's new cursor, which was added in iPadOS 13.4 alongside touchpad and mouse support.

Federighi said that the inspiration for the iPad’s new cursor design comes from Apple TV. The concept is to simulate the pressure of a finger while recognizing Mac-like precision when editing text.


"There was a process to figure out exactly how various elements would work together," Federighi says. "We knew we wanted a very touch-centric cursor that was not conveying an unnecessary level of precision. We knew we had a focus experience similar to Apple TV that we could take advantage of in a delightful way. We knew that when dealing with text we wanted to provide a greater sense of feedback."

"Part of what I love so much about what's happened with iPadOS is the way that we've drawn from so many sources. The experience draws from our work on tvOS, from years of work on the Mac, and from the origins of iPhone X and early iPad, creating something new that feels really natural for iPad."

"So we came up with a circle that elegantly transforms to accomplish the task at hand. For example, it morphs to become the focus around a button, or to hop over to another button, or it morphs into something more precise when that makes sense, like the I-beam for text selection."

"We set out to design the cursor in a way that retains the touch-first experience without fundamentally changing the UI," Federighi says. "So customers who may never use a trackpad with their iPad won't have to learn something new, while making it great for those who may switch back and forth between touch and trackpad."

On iPadOS, the cursor resembles a circle on the screen and only pops up when your finger is placed on the touchpad. When approaching an interactive element, the circle reaches out, smoothly touching then embracing and encapsulating the button. The cursor even disappears when you stop moving it, much as the pressure of your finger disappears when you remove it from the screen.

TechCrunch's article goes in-depth on the new cursor, so we recommend you to check their article here.
iPad iPadOS News
Author Bio